A Career Guide – which computer degree should You Choose? 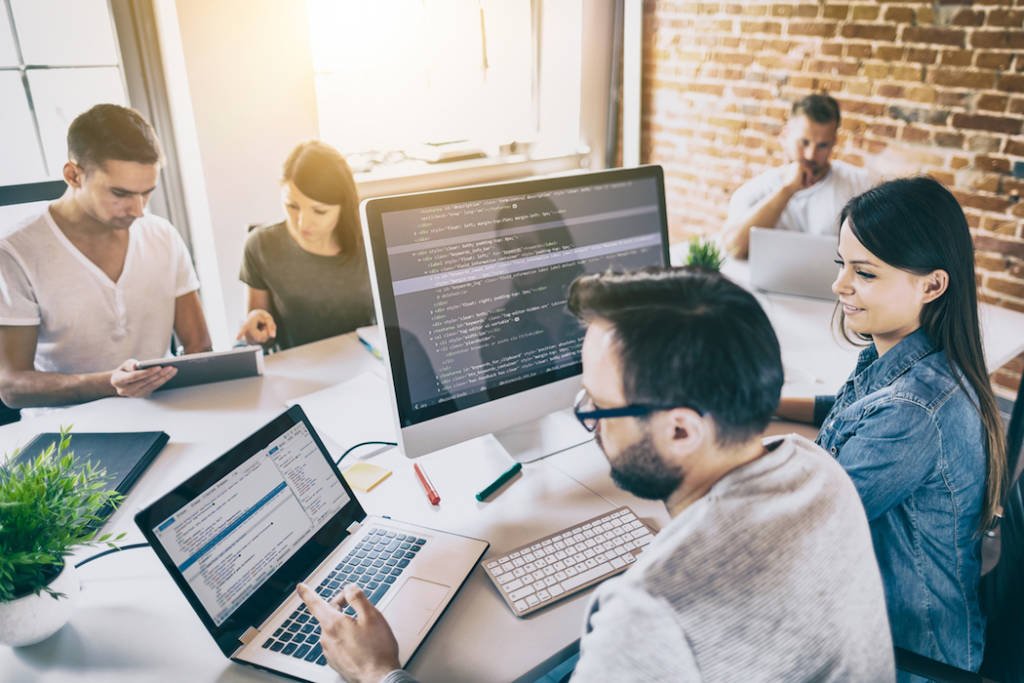 If you are intrigued by computers and are fascinated with the power they can provide, you may have looked into the possibility of earning a college degree in the field.

But how do you narrow your focus? With the vast amount of information out there in computer-related fields, there are a great multitude of directions you can take for your education. You may have an interest in programming, which could lead you into creating websites, writing software for large corporations, or coding mobile apps for the average person. Or perhaps you would rather understand the physical aspect of the computer and would enjoy spending your time designing and analyzing circuits for an electronic product’s hardware.

If one of these descriptions describes you, your situation is similar to the one I was in a couple years ago – I knew I enjoyed working with computers but did not know how to go about pursuing a degree. Luckily enough, as an aspiring engineer, I have done a lot of research on the matter and have begun to investigate 4-year bachelor’s degrees that fit the description. Through my research, I have discovered three different majors, common at many schools, that I believe fit my interests – and hopefully yours as well: Computer Science, Computer Engineering, and Software Engineering.

Although these programs have much in common, there are some key differences that will certainly factor into your decision. Some of these unique attributes include the types of courses you need to take in order to earn the degree, the types of jobs people can have after college, and the average salary of a person in these jobs. The first step in deciding between these career paths is to take a look at the types of courses you will need to take in order to graduate with a degree. By closely examining the material covered in your schooling, you can get a better idea of whether or not you would enjoy working in the field.

After all, you want to end up in a career which is enjoyable – one who does a job they love never works a day in their life. In general, all three degrees will include several classes on programming. Software Engineering and Computer Science are the most alike in this regard. Both degree programs will teach everything from the most basic programming techniques to advanced topics, such as computer architecture or operating system design. Where the two differ, however, is in the end focus. Software engineering will teach you how to write code to be maintainable and scalable – two important considerations to make when designing software for large corporations. While you will still learn to write organized programs as a Computer Science major, there will not be as large of an emphasis put on it as in Software Engineering.

As an example, we will look at Baylor University’s Software Engineering and Computer Science degree course outlines. Baylor was chosen due to its relatively moderate status – it is a medium-sized school, is not extremely competitive yet does not admit every applicant, and most importantly, it offers all three degrees discussed here. The courses Baylor requires for Software Engineering and Computer Science are very similar, but there are two classes in the Software Engineering curriculum that are not included in the Computer Science track: Software Management and Software Quality. These classes will teach students about how to design software in a manageable way, such that the core structure of the program can be easily expanded upon. They will also teach what it means to write software that is readable so that someone who did not write the original program can easily add to it without much confusion. These skills are useful for those working in large businesses. While Computer Engineering students learn to program just like Computer Science or Software Engineering students, they do not go into as much depth. In the Computer Engineering curriculum, writing software is not the main focus, like it is with the other two majors. Computer engineering has a focus in computer hardware as well, so much of the programming done by computer engineers is for specific hardware.

Generally, these programs are not made to be used as apps on PCs or mobile devices. Some classes which would use programming at Baylor University’s Computer Engineering program are the classes about microprocessors and embedded systems. These classes are not included in the Computer Science and Software Engineering programs because they teach students some ways to incorporate both software and hardware in one product – neither of these degrees go as much in depth into computer hardware as the Computer Engineering degree does. Even though hardware is not the focus of Computer Science and Software Engineering degree programs, they will still touch on it at some point.

As topics in these subjects advance in complexity, it becomes increasingly important to understand the inner-workings of the computer that software is developed on. In high level classes like Operating Systems and Computer Architecture, students will learn to incorporate what they already know about software design with what they will learn about computer hardware in order to better understand how the programs they write can be executed on a computer. The only major-specific class common among all three – at Baylor University, at least – is Intro to Computer Science, illustrating that programming is not unique to any of the three degree programs. However, the class is not taken in the Computer Engineering track until the second year of school, whereas it is taken in the first year of the other two majors. This may not be exactly the case at every school; however, the situation will not vary much at most universities.

Once you earn a degree, or perhaps before you start, you will likely want to know what types of job opportunities are out there for you to pursue in your field. In general, due to the nature of the classes taken throughout the degree, those with a software engineering degree will have an advantage writing software for large corporations. With an emphasis placed on writing well-designed, maintainable and scalable software, software engineers are a good fit for working on large-scale systems. That does not mean those with a Computer Science degree cannot do the same job. Sometimes, though, a Computer Science graduate may not wish to work in a big-business setting. In this case, a job for a small company, a personal business, or even freelance work are all good options which do not require that code is written to be maintainable and expandable on such a large scale. Once again, this does not imply that a person with a software engineering degree cannot do the same job as a Computer Science person. As for computer engineers, their jobs will most likely incorporate more hardware aspects, similar to their degree classes. Some work they might do is to design processors or other hardware located within a computer. Computer engineers could work for a variety of companies – large, small, or even for themselves – just like the other degrees discussed here. The major difference between jobs that computer scientists and software engineers normally have and those that computer engineers often get is that the former often work on designing applications for use by companies or average people, while the latter may create the systems that run those applications, like the computer itself.

When looking for a job in these fields, you may have an interest in the prospective salary. The salary you earn by working in any of the three fields described here depends on many different variables. If there is a high demand for your type of work in the place you live, you will be able to find higher-paying jobs available. If you have successfully completed projects outside of your schooling in your area of expertise, it is more likely that an employer will be willing to pay more to have you work for them. If you decide to start your own technology company, you could make anywhere from below minimum wage to millions or even billions of dollars.

Generally speaking, however, an average salary for a person with a Computer Science, Software Engineering, or Computer Engineering degree is somewhere around $100,000 annually. If you live in a place like Silicon Valley where computer jobs are in high demand, you could achieve salaries of more than a couple hundred thousand dollars each year. The average starting salary for a graduate of any of the three programs at Baylor University is approximately $75,000. Computer Engineering, Software Engineering, and Computer Science are three of the most popular computer-related degrees on the market today.

With Computer Science and Software Engineering being more programming- and software application-focused and Computer Engineering having an emphasis on both computer hardware and software, it is up to you to determine for yourself which degree path will suit you best. Considering how closely related all three are, you may find yourself working alongside someone from one of the other degrees in the same company. Salaries can be hard to determine, but with hard work and dedication along with a bit of circumstantial luck, you will have no trouble earning yourself a well-above-average annual wage.